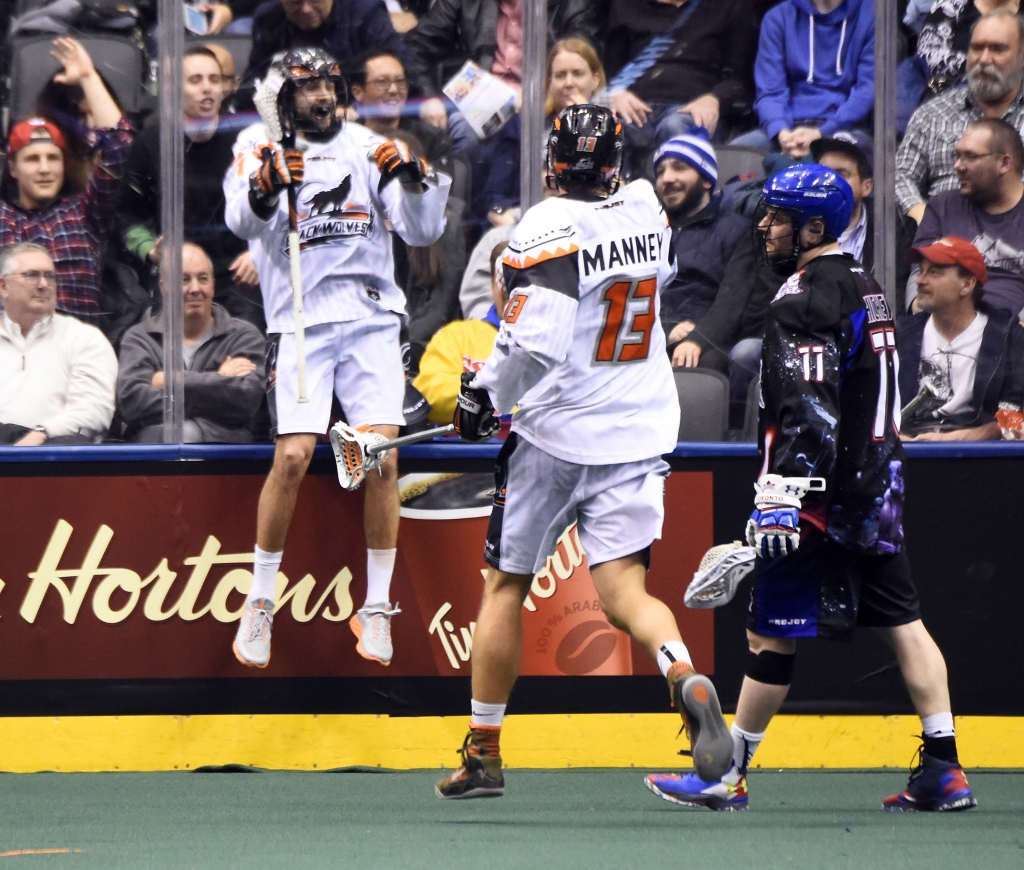 Both the New England Black Wolves and the Toronto Rock are trying to snap a losing streaks and get higher up in the Eastern standings.

As predicted it was a close one between these two teams from the beginning. Brett Hickey would score first for the Rock with a quick outside shot on the power play. No more than a minute later though Kevin Crowley would dance through Toronto’s defence and bury one home.

This quarter continued in the same manner, momentum shifting back and forth. The first would end 3-3, shots 11-11, tight defence and game.

Toronto would take the lead a minute in with nice moves and goal by Reid Reinholdt. Reid would then score again three minutes later with some nice fakes and a bouncer to give the Rock a two goal lead.

The Black Wolves do not give up, Kevin Buchanan would score short handed to give his team a boost. About two minutes later Buchanan would display some fancy footwork to get his second of the quarter.

It was a low scoring quarter with both teams battling it out. Huge saves came from both goaltenders but Evan Kirk of New England really showing why he got goaltender of the year in 2016.

New England would make it three in a row in the opening minute of the second half. Daryl Veltman made a nice cut and finished off with a quick stick. Kevin Buchanan would complete his hat trick four minutes in with a rocket from the outside.

Toronto would only score almost eight minutes in with a good handle and tip toe around the crease by Latrell Harris. The quarter would end 7-6 New England.

The Rock would strike with a little over a minute in to tie the game up at seven. Stephan Leblanc found a open Dan Lintner on the crease who got the quick stick five hole. With a boost from that goal Hickey would muscle his way in and score to take the lead.

The Black Wolves would kill the momentum and tie it right back up twenty-seven seconds later. With an extra attacker on because of a delayed penalty, New England would move it around quick and Crowley took a rocket snipe.

It would then be six minutes of scoreless lacrosse. Both teams fighting harder as the clock winded down. Captain of the Rock Brodie Merrill would scoop and good loosey and run down on transition to score. Big goal for the team and home crowd.

Kevin Buchanan would get his fourth of the night with 2:27 remaining and send this one into overtime.

This marked the second home game in Toronto going into overtime. It only lasted over two minutes but was a nail-bitter. Almost two minutes in the referees would make a good call on disallowing a goal. Shame it had to happen that way but it was the right call.

New England’s Sheldon Burns would get a lucky bounce and come up big with the winner.

Big win for the Black Wolves especially without Shawn Evans, everyone really put it together. Evan Kirk was my game MVP because he made some clutch saves when it matter most.