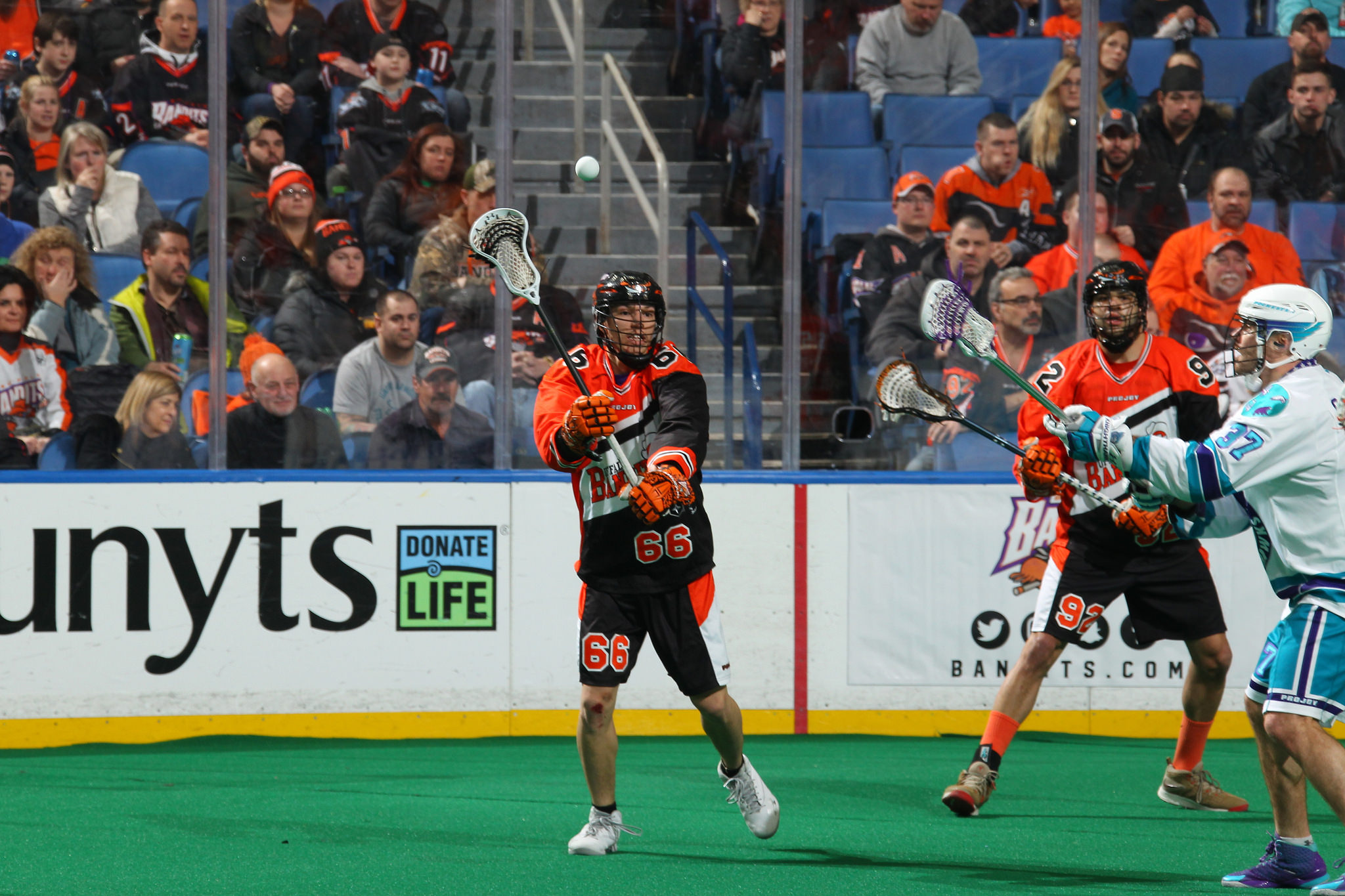 The Buffalo Bandits hosted the Rochester Knighthawks on Friday March 3, 2017. This was the first of two games between these teams this weekend. Buffalo looks to make it three wins in a row while Rochester is ready to fight for a big win.

The game started off with a very defensive tone. Both teams coming out strong and battling for the 2 points. First blood is only drawn at 10:17 when Dhane Smith snipes one on the power play. Rochester would respond though forty-five seconds later, Kyle Jackson with a nice bouncer. With both teams playing solid tight defence, it would go scoreless for 6 minutes.

The next goal would only come at the 3:42 mark. Joe Resetarits would sneak by the defence and fake out the goalie to make it 2-1. Unfortunately, Rochester would take a five-minute major for high sticking with a little over 3 to play. Alex Kedoh Hill would sneak one by early in the penalty to close out the quarter 2-2.

Pat Saunders and Alex Kedoh Hill would both score their seconds goals of the game to close out the first half 6-4. Very close and intense game by these two teams at this point. Buffalo out-shooting Rochester 30-17.

Kyle Jackson would score on the power play to bring the Knighthawks one away. Mitch de Snoo would score seven seconds after to kill that momentum.

Buffalo began to extend its lead with some fancy footwork by Dhane Smith and a great snipe by Brad Self. Cory Vitarelli would cut the lead to three with a sharp snipe on the power play.

The third quarter would end 9-6 Buffalo but this is by no means over. Rochester is known for never giving up.

The Buffalo Bandits caught the Rochester Knightawks off guard to start the fourth. Brad Self would score thirty seconds in and Mark Steenhuis would drive and dive through the crease to make it 11-6.

At the twelve-minute mark of the quarter, Anthony Cosmo of the Bandits recorded his 7000th save. Being the first goalie ever to accomplish that milestone.

Dan Dawson would give Rochester some hope at 9:54 with a snipe on the power play. This goal was created through a great offensive possession and ball movement. Dan Lomas would score less than a minute later to give the Knighthawks some momentum.

Dan Dawson would complete his hat trick on transition with 5:20 to go in the game with the score being 11-9.

At 3:57 Brad Self would try and get his hat trick for the night but the official would call crease on the play. Buffalo’s coach would throw the challenge flag for a play review. Lucky enough for Buffalo and Self the goal was reviewed as good and gave the Bandits a 12-9 lead.

Like Buffalo has done twice this game already, Mitch Jones would cut in and bury one to make it two goals in a minute. After both goalies exchanged beautiful saves, the match ended 13-9 Buffalo Bandits.