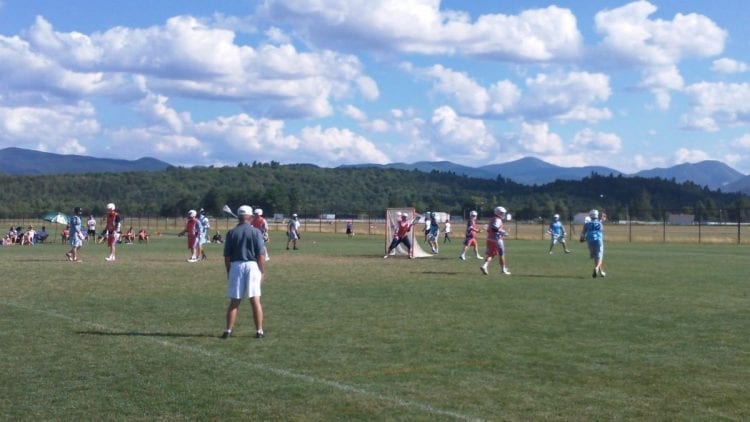 I had moved to Albany for grad school in the mid-70’s and almost immediately I began recreating in the nearby Adirondack Mountains and Lake Placid.  I was playing in the venerable Mohawk Lacrosse Club summer league and over time, guys began exploring the potential to travel to tournaments. At that time, Vail (Colorado) was the standard nationally and it became obvious to me that Lake Placid might have the same allure to the lacrosse community.

After the 1980 Olympics in Lake Placid, lacrosse Hall of Famer Ned Harkness was heading up the Olympic facilities organization in Lake Placid and his support opened up many doors to enable the first Lake Placid Summit in 1990. Contributing to the potential was the network of lacrosse players based in Albany, some of whom including Jake Reed, had tremendous influence and relationships that brought many high level players and coaches to Lake Placid right from the start in 1990.

The event began with a modest 7 team field in 1990 playing 14 total games, and began doubling in size on an annual basis. After 27 years, the event has evolved into a week-long event with more than 250 teams playing more than 550 games.