Lacrosse Groundballs are the unsung heroes of the fundamentals. I have heard it as a player and said it as a coach. I have seen it in the stats… ground or loose balls win games. Even though it is great to score, and some players just look for that on the score sheet.  Somebody has to pick up that ball from the ground and start the offense.

Groundballs are good for two reasons: possession and momentum. If your team gets a ground ball that means you have possession; possession means an opportunity to score.  More opportunities, probably more goals, simple as that. Also can be seen as mini battles and victories.

There is nothing better than a good battle for a loose ball.  Sticks are checking, bodies are potentially flying.  Whoever picks up that ball is probably going to take it into full speed down the field on offence.  That definitely gives your team some momentum. When you see fellow teammates get all gritty, fighting for that ground ball and win, it gives a huge lift to the entire team. I have felt it as a coach and as a player, it’s real. 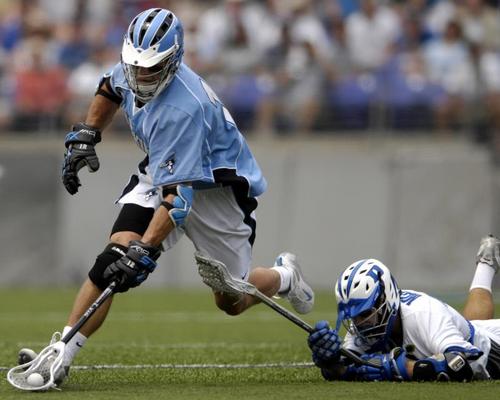 With that said, let’s get into ground ball form and fundamentals.

First you want your hands at each end of the stick.  With your dominant hand right below the throat of the stick and the other hand at the bottom end. When you begin to practice on your own it is best to get used to getting your strong foot planted right beside the ball. Meaning, if you shoot left then put your left foot beside the ball. This will help a bit to shield the ball from being scooped by someone else (or you might get slashed in the leg, whatever). It will also give you some momentum after the scoop to start running at top speed.

At that point you want to bend your knees and waist to get as low as you can, lowest player usually wins the groundball.

Have your stick parallel to the floor and shovel up that ball. As soon as that ball is in your stick begin to protect it. Soon enough there will be some checks coming your way, and, oh yeh, run!

In Field Lacrosse there can be different scenarios for groundballs. I’ll start with the one on one scenario; a good tactic to use is to box out the other player. Basically get to the ball and show the player your back.  Protecting the ball with your whole body, then go for it.

Another strategy is to make the player think they have the ball and then at the last second send them to the floor or deliver a serious stick check. If your opponent gets to the ball before you, try focusing on their bottom hand. Either throw a slash, poke check at it in order to throw their hand off.  It can give you a chance at the ball.

Scenarios – One on Two

You’re battling two other players for the ball. No matter what you are probably going to get some type of check your way.  A good way to make the players look dumb is to just flick, kick or swat the ball to a nearby teammate. Doesn’t happen too much but if done correctly it can create and odd man rush toward to goal.

You and a teammate are running in for a ball against one opponent. This requires good communication between teammates; one player should call ‘man’ and the other one calls ‘ball’. The rest is pretty straight forward I think, the player who calls man takes out the opponent while the other scoops up the ball. 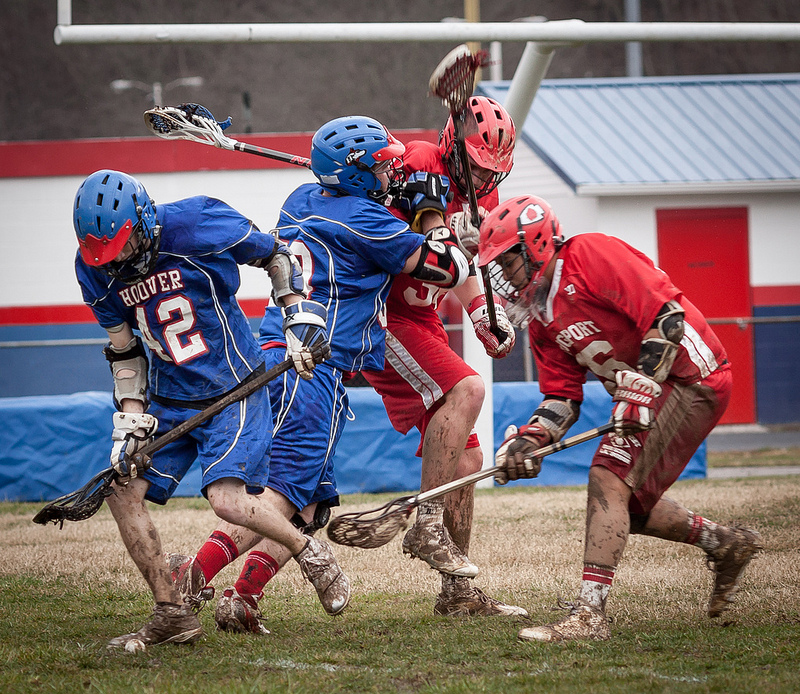 The last scenario is the scrum or all out battle; there are four plus players fighting like nuts for the ball. You run into battle, the only thing you can do is fight with everything you got.  You get that loose ball, run away from danger. If you are on the outside of the pile look closely where the ball is, charge in, get that ball and run to the open space. The best tip for scrum scenarios is to always keep your feet moving.

In box, it’s just an all out war for loosies. Slashes, cross and body checks are coming from everywhere.  It’s all about battling with the toughest and getting away from danger or move that ball.

Lacrosse Groundballs can go a long way for a team but also a player. Coaches love to have players on their team that will battle hard for those loose balls and players who will roll up their sleeves and fight until that ball is theirs. That in turn will give you playing time overall. Start practicing groundballs and get ready for battle. 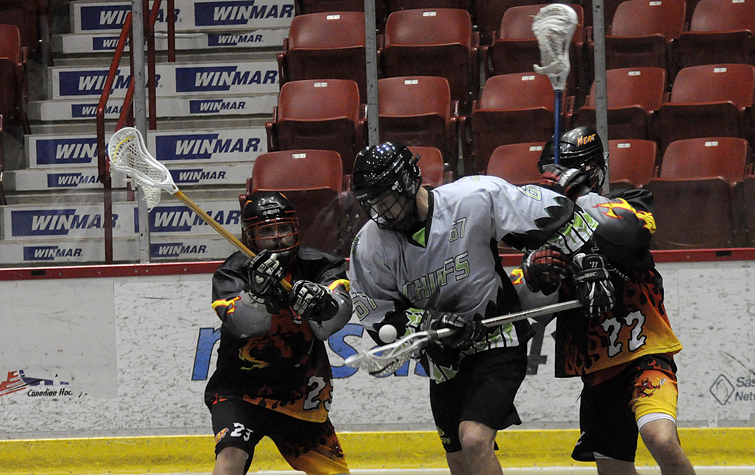