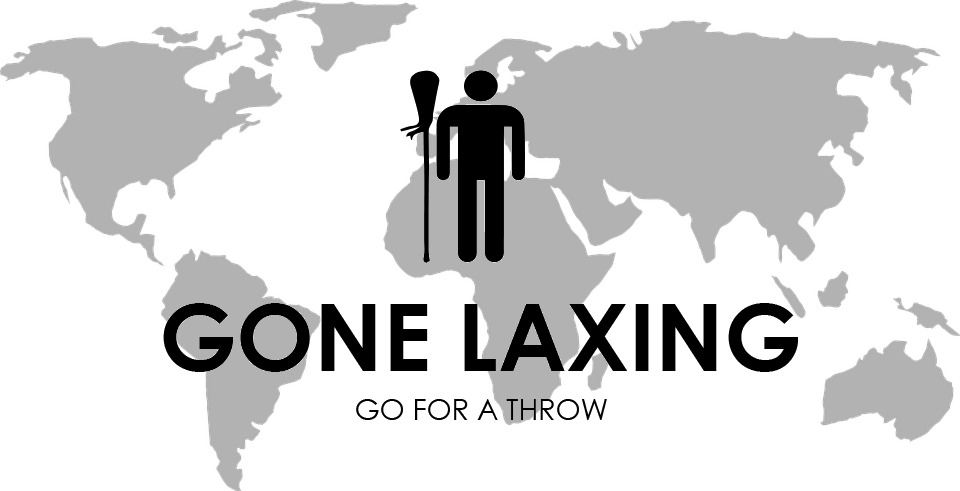 I want to begin by thanking you for visiting my site. As you can see this is my first post and I will be working on the site with all the free time I have. My primary mission of www.gonelaxing.com, is to share knowledge, tips, products, events, news, and to promote the game and spirit of lacrosse all over the world.

Allow me to share a little bit of my past, the beginning of my lacrosse career, where it took me and how I got the inspiration to create this website. So…I have a lot of explaining to do, just going to dive right into it.

My family and I moved around a lot the first five years of my life because of my father’s profession. In the span of five years I was born in the Labrador City, Newfoundland (East Coast Canada), moved to Mississauga (Ontario) and then onto the Yukon (Northwestern Canada) for a couple of years before my parents decided to call Montreal, Quebec home base.

I only began playing Lacrosse at the age of 14 (late for Canadians). Everyone knows how Canadians feel about their hockey so I don’t really need to get into that. Dare I say that French Canadians love it more. The only point I want to get across is that Quebecers, Montrealers, are religious about hockey and their home team…The Montreal Canadians (Go Habs Go). Because of this, mostly every other sport gets the backburner to hockey, which makes it difficult to grow associations or just new sports in general. Lacrosse is making its mark and I am very happy about that and I have seen a lot of productive growth since playing in the first association in Montreal beside Kahnawake.

Luckily for Montreal, we have Kahnawake (An Iroquois reservation) nearby where the Haudenosaunee people have been playing lacrosse for thousands of years. This helps influence the growth of the sport in the province and is very educational for newcomers. Some of best games I have seen in my life were between the two teams in Kahnawake (Kahnawake Mohawks and Caughnawaga Indians).

They battle for bragging rights, glory of the town and leave it all on the floor. There’s a lot of talented players in Kahnawake and most seasons, come playoff time, you can see many professional players join either organization on the quest for a championship.

The two Senior B teams in town play in the QSLL (Quebec Senior Lacrosse League), compete for the Provincial title and a ticket to the Presidents Cup, the annual Canadian National Senior B Lacrosse Championship.

Now time for the good stuff, when lacrosse became my reality. It was the winter of 2001-2002, I was in grade 9 at the time and Montreal was blessed with a professional Lacrosse team in the NLL. My biology teacher at the time, Charles Baranowski (in my mind the Godfather of Lacrosse Montreal), had Lacrosse all around his classroom. Sticks galore, pictures and even crests (Old school Akwesasne Thunder or NLL ones) that he would wear on his teacher blazer. Curious about this sport that had never been brought to my attention, I would ask Chuck questions whenever the bell would ring and biology was officially over. Around November Chuck began announcements of a new professional team that was in town, The Montreal Express.

He then went on to say that if we wanted tickets he would be able to help us out. Not knowing anything about the sport at all and with much persuasion from him I bought a couple of tickets to go watch with some friends unknowing at the time that it would change my life forever.

I will never forget the state I was in the first time I watched a Lacrosse game. In every sense of the word, I was ‘blown away’. I couldn’t believe it; I even remember halfway through the game talking with my friend Will almost angry that I had never been introduced to this sport. Cross-checks were being dished out with servings of slashing on the side, athleticism being showcased by everyone on the turf. Tracey Kelusky (my favourite player because of that night) throwing goals and assists from behind his back, others diving through the air just to get enough reach around for a goal. The ball would move so fast there were for sure times where my newbie eyes couldn’t keep up. The game just didn’t seem to slow down unless there was an intermission or time-out. I understood that night why lacrosse is called ‘The Fastest Sport on Two Feet.

I then proceeded to pester Chuck on where, how and when I could start playing lacrosse. Luckily for me he was starting an association and league in the springtime. It seemed like an eternity away but at least I got to see 7 more Montreal Express games while I waited. I can still remember that first summer of lacrosse but unfortunately not because of the goals. It was a jammed packed busy summer for me. During the days I would be at the local outdoor pool swimming or training for water polo games, at nights I would either have a soccer practice/game, swim meet or water polo game and then lacrosse games every week. Some soccer games I would have to be substituted in the last 20 minutes because I was leaving for a Lacrosse game or water polo match. It was the summer of sports. Bless my parents. They drove me around for everything and basically lived in the car between us three kids. The reason I remember this summer though is not because of how hectic it was but because it was the summer that I received the gift of Lacrosse.

That Fall my father built a Box Lacrosse net for me out of PVC pipes and hockey net mesh. It was extremely good hearted of him but he kicked himself in the teeth a year later. The wood fence behind my net wasn’t looking so hot. The fence definitely needed a lot of panels repaired. He gave me the gears like any father would but then we repaired it so all was forgotten. I am pretty sure it helped that I was getting better. We still joke about it until this day. If I get a compliment from a family member, he would say with a grin from ear to ear “You should’ve seen my fence before.”

Lacrosse has been a huge part of my life ever since then.

Lacrosse has blessed me over the years and I have nothing but appreciation and gratitude. I have been given opportunities all over the world, have traveled and met great lacrosse spirits everywhere.

I will be writing in more detail about my experiences through the years but will now just be brief.

My first experience outside Canada was at Belmont Abbey College, a Division II school in Belmont North Carolina. I went for a semester and it was an experience I will never forget. We beat Limestone in the Conference Carolina’s Finals against all odds in overtime, on their home field.

From then I proceeded to coach and play for many different teams around Quebec until one day things changed drastically. Thinking back right now, it was about three years ago this time that things went into 5th gear. To reiterate, I will only skim the surface on this post, details will follow I promise.

It all began in Slovakia with trips to Czech Republic and Austria. And then, onto Australia, Halifax, Onondaga, Las Vegas and soon to Prague. All my money has been going to plane tickets but I have absolutely no regrets.

A wise man once told me to “follow the stick”. When I first heard that this summer in Halifax, I was inspired and ideas have been flooding to me with crystal clear visions.

So finally here we are. For the many experiences, gifts, and blessings lacrosse has bestowed upon me I present to you gonelaxing.com! This is my gift back to lacrosse, to promote the sport and see it grow even more internationally.

Thank you for reading and don’t forget to go for a throw!