So here we are! The time has come. We are just a few days shy of the CBWC 2019. Teams are in place, venues ready, all we need is a couple more sleeps.

Firstly, I would like to personally thank all the team GM’s and coaches. Gathering 20 or so laxers for a trip can be a roller-coaster ride. Thank you all for making it happen and helping with the upcoming memorable weekend .

For those of you who are new to all this, you can read the following articles for this tournament’s history:

The 3-day tournament will all take place at Le Rinque (8355 Chemin Montview, Mont-Royal, QC H4P 2L9 ). The venue is a short drive from downtown Montreal and even shorter drive from the airport. It has has two rinks, fully loaded bar, restaurant, bunch of TV’s and even a pool table. Best thing is the owners of Le Rinque reserved all three days just for the CBWC 2019. Fully loaded lacrosse three days straight.

It got pretty hectic a month ago around deadline time; teams wanting to make the trip to Montreal was fluctuating like the stock market. I tried everything I could to make it an even 12 teams for the senior division but at some point you just have to keep moving forward. I could’ve made an 11 team double elimination bracket but I wanted to give teams more games. So, I went with the 12 team schedule I had initially but took out the 12th team. That made 2 pools of 4 and a third pool of 3. Normally in a format like that one would play every team in the pool, but an 11 team bracket made things complicated. To make it even all teams would play two games and I would eliminate the 3rd game for every team in the 1st and 2nd pool. Still with me? Basically I tried to make it as random as possible for the draw.

The internet feed wasn’t up to par like last year but we did the random draw again with the legendary Dirt McComber. That’s something I’m kicking myself a bit for, the video was choppy but I have learned for next time. It was still a fun night hearing Dirt stories and jokes. We stayed there for 3 hours just laughing and learning. I appreciate and get a real kick out of his humour. Also, love how he can relate everything back to lacrosse. I appreciate Dirt taking the time these past two years to do the draw with me. Both were memorable. I feel blessed to know him even if his nickname for me is ‘Homeless.’ 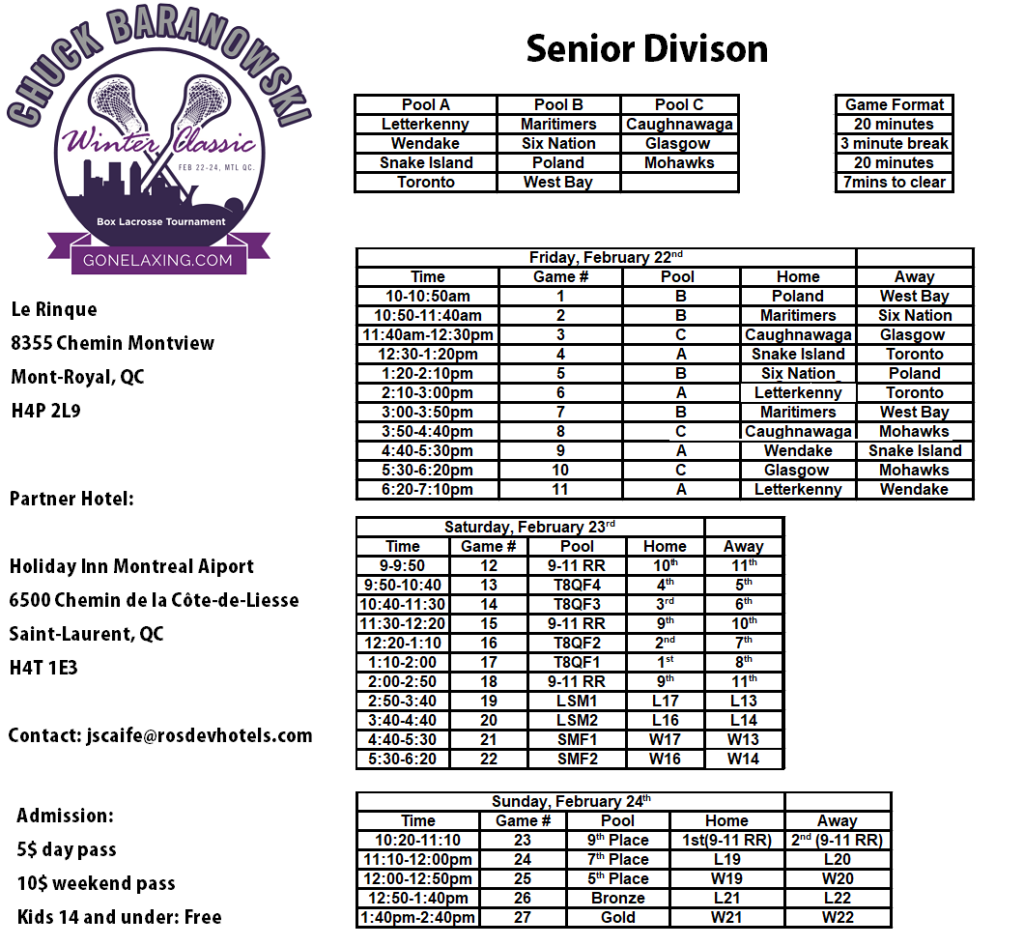 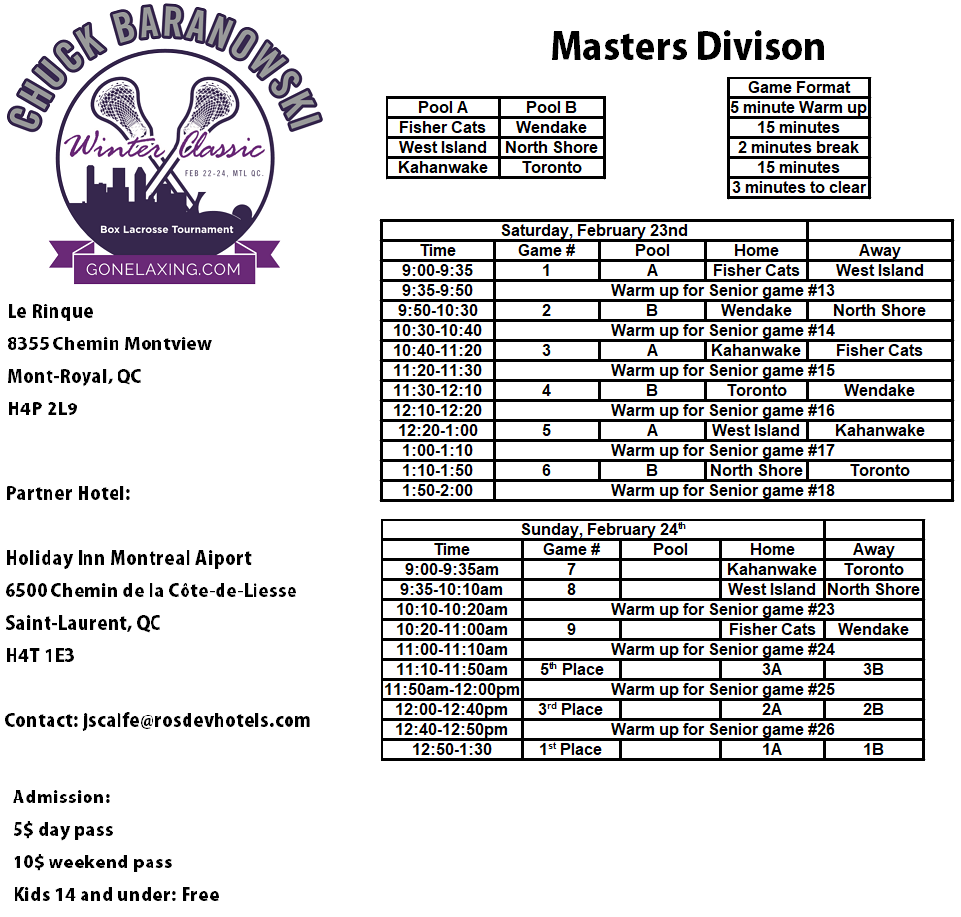 First off are the West Bay Bombers; a local team from the western suburbs of Montreal.
War on the Shore and Quebec Senior Field lacrosse champions in 2018, the Bombers are looking to get their first taste of victory in 2019! 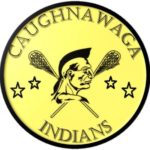 Next up is last year’s champions and Presidents Cup bronze medallist, the Caughnawaga Indians. They won the Montreal Winter Classic last year and I’m sure they have sights on the Chuck Cup!

The Toronto Tigers Lacrosse team have been a travelling box lacrosse team venturing all over North America the past couple of years. Gaining a solid core of players and playing in top notch tournaments have only made the Tigers stronger.  The Tigers have just been accepted into the Can-Am Lacrosse League and will use the CBWC 2019 for prep and to show everyone they mean business! 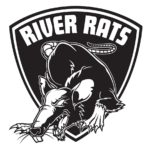 The next team needs no introduction. The Six Nations River Rats won Bearpaw Lacrosse Origins Cup and last months Sin City Box Classic. This crash and bang team are a force to be reckoned with. 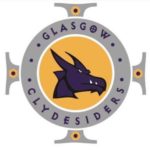 Steaming from #Glasgvegas, the notorious band of brothers who play for each other on and off the floor are taking a crack at the Canadian circuit. 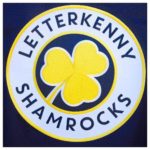 Letterkenny- home to Hicks , skids and Lacrosse players. Spoke to coach and organizer the other day and all he had to say was “Gonna be a great day for hay.”
#pitterpatter 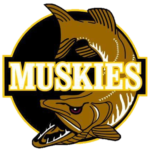 The Snake Island Muskies play out of the Three Nations Lacrosse League in the summer months. If their team is anything like I saw this summer they will be a tough opponent in the CBWC! 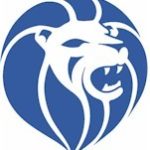 East Coast Canada is coming to the 514. Nova Scotia , PEI, New Brunswick and probably some ringers from Ontario make up The Maritimers. 4 different provinces of laxers are a volatile cocktail. They ain’t making the long trip for nothing! 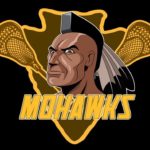 The Kahnawake Mohawks will be battling it out for Chuck’s Cup this weekend. They’re tough and they mean business. Won’t be an easy task taking down this longtime Quebec Senior Box Lacrosse League champion. 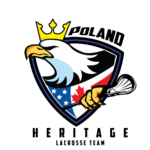 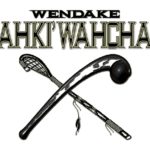 Wendake is making the trip down to Montreal once again and we’re thrilled. They are passionate about the game, growing the game massively in their region and have a lot of practice together. Don’t take them lightly. 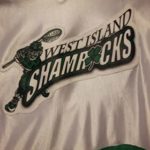 The West Island Shamrocks was Chuck’s team . The first junior team he started way back when. Seb ‘Big Bear’ has put together a squad of rag tag buddies from around and I am lending them the old school set of jerseys for this tournament. They will be playing with the spirits of old Shamrocks, watch out!

The North Shore Kodiaks are a Junior C box team from the North Shore of Montreal. Old and new school talent mixed together, their speed and veteran leadership makes them dangerous. 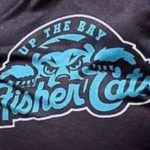 With talent coming from Kanesatake and Akwesasne, the Fisher Cats will be deadly coming out the gates. Don’t lose focus or you will be down a bunch of goals.

Set and ready to ball out. These beauties from Toronto are looking to enjoy Montreal on and off the floor. Nothing but talent and good times with these boys!

With a name like this I’m sure fans will witness magic on the floor. I’ll keep it simple, I’ve seen the roster, watch out!

The lacrosse community wants nothing more than the game to grow. This year the CBWC 2019 is teaming up with Mackenzie Huckla to help grow Lacrosse in Rwanda. Here’s a message from the man himself.

“Laxers: Bring any extra equipment or anything necessary to help send the Rwanda Lacrosse in style to an East Africa event for the first time in club history Other use of the donations will be used to teach the game to the students and the people to help re build a community.

Please give the donations to the Rwanda Ambassador, Mackenzie Huckla (Maritimers team).

Follow the process through social media via Facebook at the Rwanada Lacrosse. Acceptable donations Anything lacrosse specific; hockey helmets, shoulders pads and gloves.”

If you have equipment donations talk to any volunteer at the tournament or Mr.Mac himself.

A local retailer, Sports 138 will be setting up a table during the tournament.  With great deals and new shipments, get your lacrosse gear for the upcoming seasons.

This year we will be hosting a players party at Mckibbons Irish Pub, 1426 Rue Bishop, Montreal, H3G 2E on Saturday, February 23rd.  We have the whole 3rd floor for us with some great drink deals.  6$ Moosehead pints, 6$ speed rail drinks and 2 for 1 tequila and vodka shots!  Promotion is only valid upstairs.

The stage is set. Players are trekking to Montreal slowly and we’re ready!

The games will be recorded and uploaded onto the Gone Laxing YouTube page as soon possible.

Besides that, safe travels. See you all this weekend at the Chuck Baranowski Winter Classic!