After a solid five months of box lacrosse, autumn’s coming around and that means one thing in Canada, field lacrosse. Our last grasp of warm outdoors until next May. One thing is certain beside the cold weather, field lacrosse has caught fire in Canada. More Canadians have been going to school in the USA and bringing the knowledge back home. It’s not a myth and certainly not a fad. The Quebec Senior Field Lacrosse League will be the example I’m sticking with today.

Field Lacrosse in Quebec on the rise

Quebec being my home province in Canada (but newfie at heart) I have seen the evolution of field lacrosse for years now. I have been a part of many first in this province when it comes time to field lacrosse. Long story short field lacrosse is booming now in Quebec since being on the first rag tag team 14 years ago.

As of this year, the Quebec Senior Field Lacrosse League is sporting 8 teams (two new clubs this year) from all around the province and expanding. This is remarkable considering the league has only been around for a few years.

Just this past summer, the QSFLL welcomed two new clubs in the mix; the Trois-Rivières Rockets and the West Bay Bombers.  With the league already talking about expansion for next year, could there be a potential East, West divisions next year? 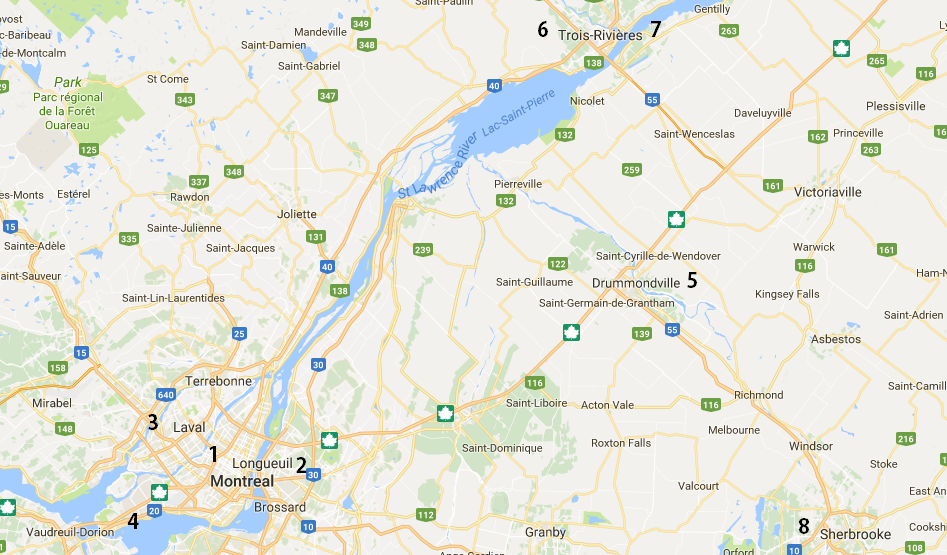 The QSFLL began in the Greater Montreal area and has been expanding since.

The QSFLL is played in a compacted time of 2 months. Each team plays 14 games in just 8 weekends. As you can see by the map some of the clubs are quite far from each other (2 hours drive). Weekend days some clubs throw jamborees and each team involved plays two games a day. This helps with travel and a good foundation to build a provincial league. Also having a full day of lacrosse and hanging with the boys isn’t so bad.

So this is it! With the season being only in it’s 3rd week things have already started to heat up. The Laval Fighting Frogs have gotten revenge on Trois-Rivière Faste-Fous after being defeated in last years finals. The newly West-Bay Bombers have gotten a couple of wins and 2 games have already gone into overtime. Every teams in it to play and win, will be a great season.

I’d like to take this opportunity to thank everyone involved in this years QSFLL season. The season is 2 months but has a good 3 months preparation that goes along with it. From the referees, to the scorekeepers, coaches, managers, players and fans I thank you. Field Lacrosse is here to stay in Quebec and that’s all because of you.

To follow the QSFLL season you can go to the official site.