The Minto Cup 2017 is coming to a close.  Don’t miss out on what could be the last game of the tournament! 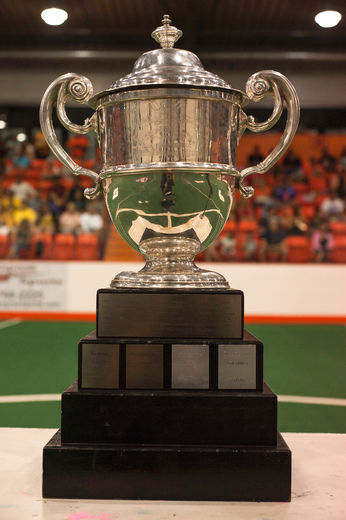 What is the Minto Cup?

Every year, for over 50 years, the best Junior A teams from Canada battle for the Minto Cup. Junior ages in Canada are 16-21 with call-ups being the only exception. These teams are young, fit and want to prove themselves as rising lacrosse stars. I bet some of these teams could run with Senior A or B.

Traditionally, the Minto Cup was only between the champions of British Columbia and Ontario. Alberta is now in the mix which is great for the sport.

How does it work?

The tournament itself last about two weeks. It begins with a round robin in between the four teams. Winner of the round robin goes straight to the Minto Cup 2017 final. The second and third place team fight in an elimination game for a ticket to the final. The Minto Cup final is a best of 5 game series.

Almost over! Check out the potential last game tonight!

Right now the Six Nation Arrows are leading the Coquitlam Adanacs (2016 Champions) 2-0. This is some high calibre lacrosse with the Minto Cup on the line. Tonight could be the last game!!!

You can watch the game at jvisportsnetwork tonight, August 24th @ 8PM Eastern Time. Game is 9 USD and can be bought 10 minutes before airtime. Check out their site for more details.