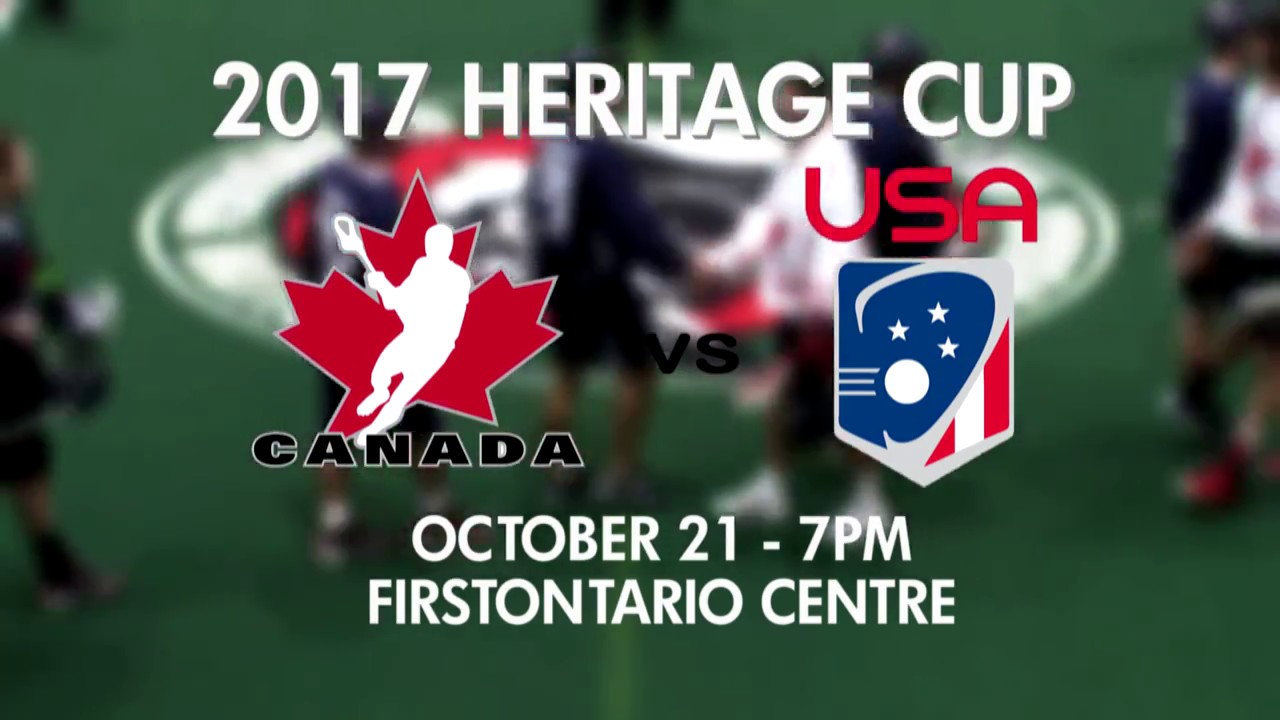 The Heritage Cup 2017 is an international box lacrosse event taking place at the First Ontario Centre, Ontario. October 21st, 2017,  Canada and the United States duke it out for the Cup. 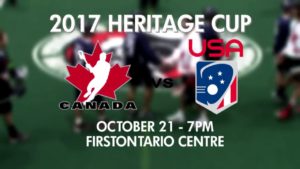 The Heritage Cup is back after 4 years!

2017 will mark the fourth year this event has taken place, others being 2002, 2004 and 2013. The Heritage Cup began so Canada, Iroquois and the United States could have some practice together in between the four year cycle of the world championships.

In 2002, the United States beat Canada 21-16 in Mississauga, Ontario. The only time Canada has lost a box lacrosse game internationally. Two years later the U.S hosted the Heritage Cup in Denver, Colorado. Canada got it’s revenge besting the Americans 17-8. It would only be nine years later that the Heritage Cup would return.

In 2013 Montreal hosted the Heritage Cup at the Bell Centre. Close to eight thousand fans showed up and were definitely given a show. The final score was 12-11, Canada. The game could have went either way, an entertaining game for sure.

Now, 4 years later the Cup is back and up for grabs.  Who’s going to get it this year? 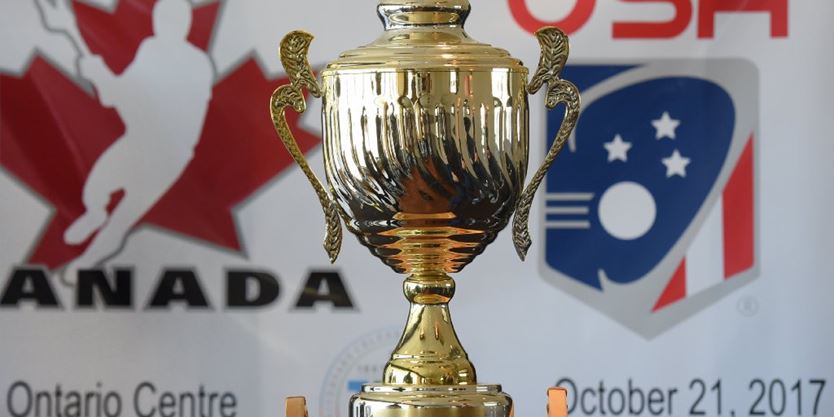 Who will be taking it home?

U17 Canada vs Iroquois

Early on in the day there will be a U17 game between Canada and the Iroquois.  This marks the third time an international U17 box lacrosse event has occurred. This is an amazing way to give back to the youth.  Displaying to everyone where to bar is for competitive box lacrosse.  These midget-aged players will bring back this experience to their local town and inspire others for years to come. Hopefully the U17s and Heritage Cup could be an annual event.  It would only help spread the medicine.

Hopefully it’s not just rumours that this venue is interested in hosting for 2018.

If you haven’t already, tickets can be bought here.  As per usual I will keep everyone updated on my social media about a steam.  Being 2017 we could only hope there is one for such a big event!