Originating in Canada (After Haudenosaunee origins), box lacrosse (indoor lacrosse, boxla or box) is a version of lacrosse that is played indoors. Mostly popular in North America, but the sport is growing internationally every year.

Box lacrosse takes place on a ice less hockey rink. The game is played between two teams of six players each (One goalie and five runners) and the playing area is called a box.  The objective is to use the lacrosse stick to throw a rubber ball into the opposing teams goal. 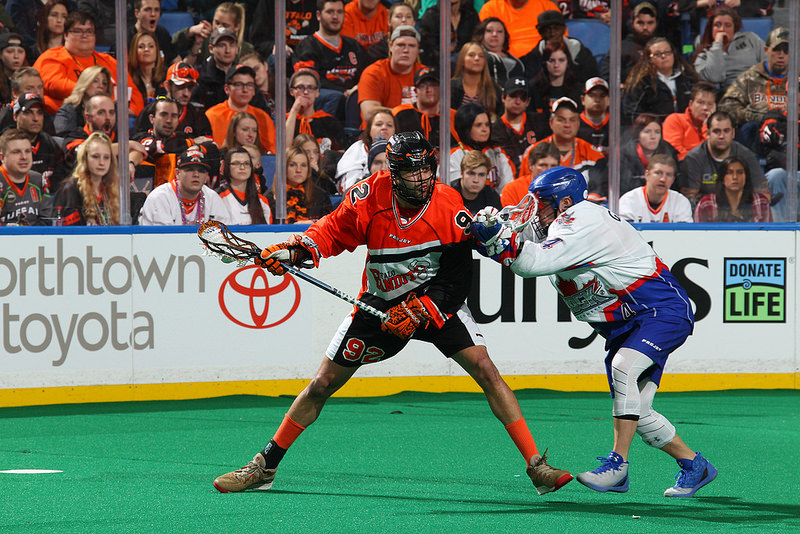 The modern version of box lacrosse was invented between the 1920’s and 30’s in Montreal, Canada. A field lacrosse referee by the name of Paddy Brennan was bothered by the pace of field game.  Specifically, it being slowed down because of the balls always flying out of bounds after missed shots. To fix this monkey on his back he started to experiment with ice hockey rinks in the 1920s. Also in the 20’s it was said they played six on six with two goalies. In the 1930s, lacrosse thrived in the summer on unused hockey rinks with the influence of Joseph Cattarinich and Leo Dandurand (Owners of the Montreal Canadiens). From then on, box lacrosse was born and became the more popular version of the sport in Canada.

Goalies are to wear upper body gear (maximum 3 inches (7.6 cm) up from shoulder and 5 inches (13 cm) out from the shoulder. Large shin guards are to be worn measuring 11 inches (28 cm) at the knee, 9 inches (23 cm) at the top of the shin and 7 inches (18 cm) at the ankle. Then a cup, lacrosse goalie gloves, field lacrosse helmet and a neck guard.

In box lacrosse there are three different runner positions: defender, transition and forwards. Some teams play the offense/defense system. This is when you have either five offensive or defensive players on the floor at once. Other teams sometimes use the system up, down and off were all players as used on offense and defense. 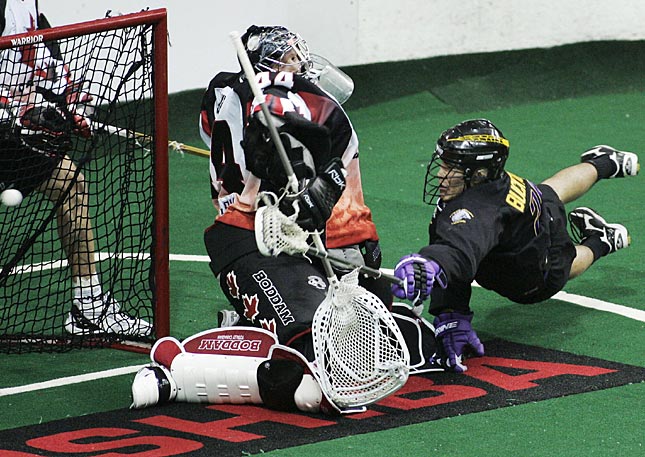 Defenders are usually some of the scariest guys on a box lacrosse floor. There job is to stop the other team from scoring. In box lacrosse, they are allowed to cross, body or stick check in order to defend their net.

A transition player is a defender with an offensive mentality. His first goal, main objective is to defend the net.  Then once a possession is gained, the goal evolves to moving the ball up the floor fast which speeds things up.  One can see many textbook transition goals in the game today.

A forward is a player that has a complete offensive mindset. Staying on the left, center or right side of the floor in the offensive zone. The offense moves the ball quickly in order to find a open player, take a shot, or charge the net for an opportunity. The offensive side of the floor is usually split up into crease-men (right beside goalie on left and right side), shooters (little bit higher for a high percentage shot) or a point man (could be considered the initiator of the offense).