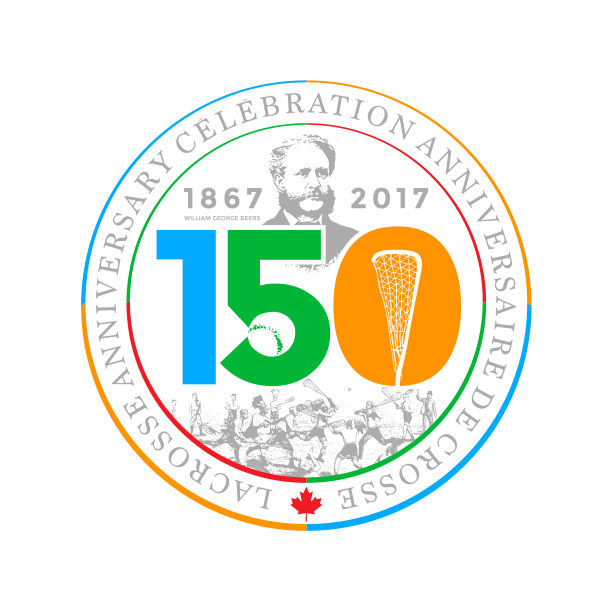 On June 15th 2016, Montréal was awarded to host the 150th Lacrosse Celebration.  Lacrosse has been played for thousands of years by the Aboriginals of North America.  The 150th Lacrosse Celebration will give respect to when the first set of modern rules were written. It was a native Montréaler, Dr. George Debeers, with the help of ‘Big John’ from Kahnawake who gave birth to modern lacrosse. From then on, the traditional game of Lacrosse began to evolve into the modern sport and way of life which it is today.

This event will take place between June 16-18th, 2017, on and around the McGill campus.  Some may not know but lacrosse has been played there even before it was a city. Different activities and events will take place during the celebration. Below is a brief description and more details will be released soon.

On Saturday, June 17th 2017, a re-enactment game will take place on the lower field of McGill campus.  Students have been chosen from Kahnawake Survival School to display the ancient form of the game.  Players will also use traditional wooden sticks and wardrobe.

During the celebration, there will be a series of lectures and presentations on a variety of Lacrosse topics. From authors to academics, attendees have an opportunity to learn the deeper roots of the game.

The Canadian Lacrosse Hall of Fame will put together an exhibition of historical Lacrosse artefacts and photos which will be on display during the event. This will allow everyone present to learn and witness the history of the game. Also, it will be an opportunity to educate the public on the many people who have impacted the sport over the centuries.

All the Lacrosse sticks used in the re-enacted games will be authentic traditional wooden sticks. The process of making these sticks takes about a year. The tradition though goes back a millennium.

For more details about the process of making a traditional wooden stick CLICK HERE.

So whether you are a coach, player, enthusiast, volunteer, super-fan or don’t even know anything about lacrosse…the 150th Lacrosse Celebration is for you. See you in, Montréal this June!

If you have any questions or want more info about the 150th Lacrosse Celebration you can e-mail me at: mtl.laxer@gmail.com